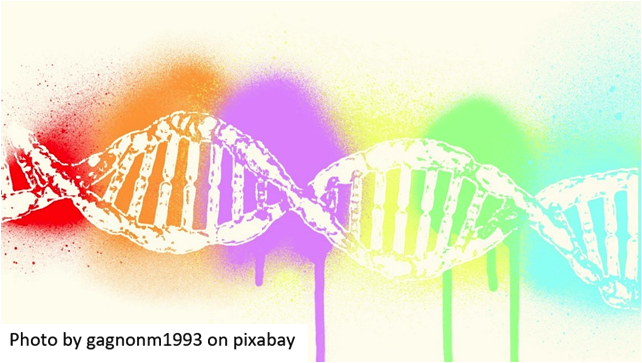 Back in 2001, the OECD defined biotechnology as “the application of science and technology to living organisms as well as parts, products and models thereof, to alter living or non-living materials for the production of knowledge, goods and services”.

Biotechnology has always been present in our lives. However, over the last decades, the growth and diversification that this area has experienced have gone beyond what anyone could have dared to dream, as a result of the knowledge generated by thousands of scientists around the world, which have served as the basis for the development of numerous products, techniques, and tools based on different areas such as molecular biology, plant biology, microbiology, immunology, and later, recombinant technology, genetic engineering, among many others, which interrelate to provide novel solutions with great potential for contribution to the economy and society.

Notwithstanding the foregoing, one of the greatest difficulties for the progress of biotechnology is that, in general, it requires a high investment in R&D and a high cost in time and money to be validated, approved by the competent regulatory authority (which varies from country to country) and to finally reach the market. Even so, the growth of the biotech market has increased significantly in recent decades, allowing its diversification into numerous industries. This diversification has originated what has been called the “rainbow of biotechnology” or the “colors of biotechnology”, which covers areas as diverse as biomedicine (red biotechnology), aquaculture or marine biotech (blue biotechnology), agriculture or environmental biotechnology (green biotechnology), and which also expands as progress/knowledge advances to areas that could initially have been considered much more divergent, such as computer’s science, through bioinformatics (golden biotechnology).

What do all these biotechnology areas have in common? Among many other things, they are all based on a development that is usually not only new but has great advantages over previously existing alternatives.

So, after investing large sums of money and time, after all the effort, the long days of study, and the numerous failed attempts, when a biotechnological development is finally achieved, several questions may arise, but probably the main one will be: what comes next?

It is true, we will have a wonderful development, that will be our baby, that we will know perfectly and that we are sure is a real contribution to society and/or the economy, but we probably do not know well how to protect our wonderful invention from third parties who may be interested in copying, unauthorized using, and even appropriating our development and generating their own income.

It is in this scenario where intellectual property and industrial property emerge as an alternative to protect our development, through multiple rights that we will choose depending on the innovation we have generated.

In the case of biotech developments, the preferred way to protect them is through invention patents, which protect what we know as “inventions” defined by the World Intellectual Property Organization (WIPO) as “a product or a process that provides, in general, a new way of doing something, or offers a new technical solution to a problem“, given that it is one of the rights considered to be the most robust in terms of the scope of protection it covers.

This area, related to biotech inventions, biotechnological patents, and even also to research publications in the area, has already been given a color within the “rainbow” mentioned above, calling it purple or violet biotechnology.

Accordingly, what can we find within purple biotechnology? Among other things, we can find patents of invention aimed at protecting multiple developments, where only by way of example we can mention: amino acid sequences, such as peptides, proteins, antibodies; nucleic acid sequences, expression vectors, modified cells, methods to produce such sequences, pharmaceutical compositions that comprise biological material, medical uses, treatment methods, diagnostic methods, kits, among many others. This becomes much more complex when we remember that invention patents are territorial rights and that therefore the eligibility of the subject matter to be protected, as well as the requirements that we must meet, will depend on the legislation of each country or region (depending on the case) in order to obtain the desired patent.

Although there is not much general knowledge, according to public statistics, updated until March 1, 2021, from the National Institute of Industrial Property (INAPI, Instituto Nacional de Propiedad Industrial; Chilean PTO), from 2018 to 2020, biotechnology applications ranked second in the technology area with the most applications, representing 15,25%, 14,53%, and 16,95%, respectively, of the total number of applications.

It has been observed that there is a trend towards an increase in biotechnology applications, whose numbers in 10 years increased a little more than 3 times (137 applications in 2009, while 456 were filed in 2019).

This could be explained by the fact that it is known that in Chile there is a debt in investment in R&D, which is evident from the Global Innovation Index that in 2019 placed us in position 51 in the ranking; a situation that was not better in 2020 wherein the GII put us in position 54 in the ranking. However, it is very important to note that we have Chilean researchers/inventors who have excelled in Chile and the world for their biotechnological inventions.

As an overview, regarding Chilean applicants, around 10% of patent applications with Chilean applicants are from the biotechnology area, representing the specific technical area that has the most applications (compared, for example, with inventions from the chemical engineering or pharmaceutical areas). Another interesting point is that around 57% of said biotechnological applications are from companies, nearby 40% from universities, and the rest of them from individuals. In this regard, the company Biosigma S.A. and the Pontificia Universidad Católica de Chile stand out as applicants. Likewise, another interesting fact that demonstrates the market´s interest of Chilean applicants is that the preferred destinations to protect these national inventions abroad are, in order of highest preference to lowest preference, the United States (around 14%), Australia (around 10%), the European Patent Office (from which, in a favorable case, protection can be obtained in multiple countries in Europe) (little less than about 10%), South Africa (around 8%) and China (around 7%).

Therefore, it is important to understand that it is possible to generate more than just knowledge from biotechnology, developing inventions such as biotechnological products or procedures, which are potentially subject to protection through intellectual and industrial property rights, which allow to exclude third parties and avoid the improper and unauthorized use of the invention that has cost us so much work to produce. Furthermore, those rights can give the applicants the possibility to generate significant monetary incomes by directly exploiting the inventions or transferring the technology through, for example, licenses or even the sale of the inventions.

Additionally, when a biotechnological development is produced, or in fact, an invention from any technological area, it is crucial to keep in mind that there are more intellectual and industrial property rights that can coexist with the aforementioned patents of invention, such as trademarks, plant varieties, industrial designs, copyrights, geographical indications and even trade or industrial secrets, which should also be included in the global business strategy.

Therefore, it is essential to have a comprehensive knowledge of both the ways of protection of these intangible assets, as well as all the possible IP rights that can be derived from an innovative project or development, in order to get the most out of our investment, our time and ultimately our efforts.

Miss Constanza Miller studied engineering in molecular biotechnology at the Universidad de Chile. Shortly after graduation, she specialized in intellectual and industrial property, participating in multiple national and international courses and diplomas, including the Advanced International Certificate Course (AICC) on IP Asset Management for Business, organized by WIPO/KIPO/KIPA/KAIST. Miss Miller has developed a professional career as an IP consultant, advising inventors, universities, start-ups, SMEs, and large companies, mainly in the life sciences field. Currently, she works as an IP consultant in the Pharma, Biotech, and Chemistry areas at ClarkeModet Chile.

Next Post The Role of Patents in Digital Business Eco-systems – the case of 5G: Research Project at MIPLM/CEIPI