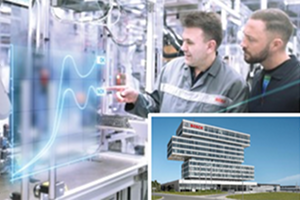 The 100 million € investment made by Bosch for its own AI campus in Tübingen shows how much AI skills are now viewed as a question of survival. The Internet of Things is changing the world at a dramatic rate. Bosch aims to play a leading role worldwide in the development of autonomous cars and the networking of smart objects. As one of the world’s leading automotive suppliers, Bosch is currently in a profound process of change. Bosch has implemented more than 270 IoT projects in the areas of mobility, smart home, smart cities and agriculture via its own IoT cloud. The number of sensors and devices that are networked via the Bosch IoT Suite has increased by 40% to 8.5 million since 2018. Bosch is proceeding very consistently with its AI strategy and in 2018, in addition to BMW and Microsoft, also held a ten percent stake in the British AI chip expert Graphcore. Bosch has had its own AI center with seven locations and over 1,000 AI experts since 2017. Another 3,000 are to be added shortly. It is only logical that Bosch is awarding the “Young Researcher Award” for AI research, which is endowed with 50,000 euros.

The radical technological change in the automotive sector can be observed everywhere. It fits in with the fact that the automotive industry still registers most of the patents in Germany. Two automotive suppliers are among the top 10 patent applicants: Bosch and Schäffler. The rest are automakers. Only one non-automotive company is in 10th place among the strongest applicants: Siemens. Bosch has been one of the most active German patent applicants for years, and applications for software technologies and artificial intelligence are becoming increasingly important. From 2013 to 2016, as many patents on AI technologies were registered worldwide as in the entire 50 years before. Among the world’s top 20 patent applicants for developments and applications of artificial intelligence are Siemens (11th place) and Bosch (19th place) (WIPO Technology Trends Artificial Intelligence 2019). Bosch is also committed to the use of IP design to design and protect digital business models as part of a PhD project at CEIPI and on the subject of data protection and Industry 4.0 at the MIPLM.