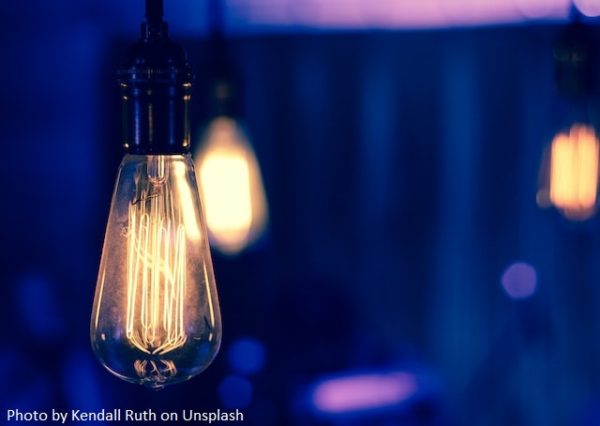 Does the patent really encourage innovation? This question, that has haunted economists for decades, is important because encouraging innovation is one of the main modern justifications for patents.

In fact, the answer to this question is far from binary. As early as 1958, the Austrian economist Fritz Machlup famously stated that it would be irresponsible to introduce a patent system if one did not already exist, but it would be equally irresponsible to abolish the system that was already in place. Surprising as it may seem, the many studies conducted since Machlup have not reached a definitive conclusion as to the actual effectiveness of patents in accelerating innovation!

Despite this fuzziness, some facts can nevertheless be established. First of all, patents seem to be more effective in some fields than in others. This is the case e.g. in the pharmaceutical field, where the investments to be made in the early stages of product development are particularly significant (it is not unusual for the cost of developing a drug to exceed a billion U.S. dollars), technical progress is fairly slow (a drug can remain on the market for many decades) and the final product can be described in a relatively unequivocal manner (some drugs are entirely characterized by a single molecule). In such a case, the hope of profitability offered by the patent represents a strong incentive to move forward with investment. On the other hand, in technical fields such as computer science and telecommunications, these conditions are not so well fulfilled.

Nowadays, the generalization and harmonization of patent systems around the world have made it impossible to conduct comparative studies on whether a country’s success in innovation can be explained by patents. We must therefore look back to the past to find answers. In this respect, the research of economist Petra Moser is very helpful. Through the analysis of thousands of innovations presented at the World Fairs of 1851 and 1876 – a period when not all countries had patent systems – Moser showed that innovation was lively in countries without patents, sometimes even more so than in countries with patents. Switzerland and Denmark, two countries without patents at the time, contributed twice as many exhibits per capita compared with other European countries in 1851. Moreover, their exhibited innovations were of at least equal quality to those of countries with patent systems, as evidenced by the large number of prizes they won for ingenuity and utility. These data suggest that patents do not have a significant effect on the volume and quality of innovation. However, we cannot leave it at that.

The influence of patents on innovation is real, but it is most apparent in shaping the direction of innovation, as Moser states. Indeed, the innovations exhibited by countries without patents, albeit numerous, were limited to a small set of industries, such as scientific instruments, chemistry, textile dyes and food products. What the products of these industries had in common in the mid-nineteenth century was that they were not easily reverse engineered. That is to say they could not be analyzed in a way that would allow anyone to reproduce them. As such, these products were sufficiently well protected by secrecy. By contrast, the innovations exhibited by countries with patent systems appeared in a much broader set of industries, such as mechanical engineering and agriculture. It follows that innovators tend to focus on certain technical areas based on the protection they provide over inventions. While fields where secrecy offers a satisfactory level of protection are exploited by all, areas where secrecy is ineffective are exploited only by innovators in patent system countries. In other words, the patent makes innovation possible in all technical fields, including those that are not attractive a priori because they do not offer natural protection through secrecy.

This theory is also confirmed by other historical data. In the second half of the 19th century, the Netherlands abolished its patent system. Neither the abolition nor the reintroduction of patents seems to have had any significant effect on the country’s distant relationship with innovation. However, the abolition of patents was followed by a significant increase in the share of innovations in fields that were not very dependent on patents, such as food products.

In Switzerland, in the second half of the 19th century, at a time when the country had no patent system, innovation was dynamic but concentrated in a limited set of craft industries, such as watches, music boxes, chocolate and foods, where know-how was essential and secrecy provided adequate protection. After the Swiss patent system was introduced in 1888, innovation boomed in the country and spread into many new technical fields, such as textiles, dyes, lighting and turbines.

These examples confirm that although patents alone cannot influence the quantity of innovation, they have an obvious multiplying effect on the directions taken by innovation because they enable its growth in industrial fields that would not be attractive in the absence of patents. Hence, patents “unlock” an abundance of innovation.

Today, many inventions find their expression in a computer program and the theft of computer data is spreading. Secrecy as a tool to protect against the copying of technical inventions could then become less effective in the future. By proposing an alternative solution in a context where secrecy could be less and less relevant, the patent thus constitutes an increasingly key component to foster innovation.

By Pascal Attali, patent attorney and author of the book Once upon a time, the patent

Pascal Attali graduated as an engineer and specialized in the field of Intellectual Property 20 years ago. He holds several university and professional degrees in patent law, as well as a Master’s degree in patent economics and strategy. He has worked both in a patent firm and in-house, and currently holds the position of Intellectual Property Director for Europe in a large innovative company.

If you want to learn more about the past, present and future of patents, you can read Once upon a time, the patent, a book by Pascal Attali, an experienced patent attorney, featuring a foreword by Pascal Faure, CEO of the French Patent and Trademark Office (INPI) and a postface by Yann Ménière, Chief economist of the European Patent Office (EPO).

Bringing together history, law and economics, this book sheds new light on the debates surrounding the patent system. From the 14th century of Venice to the 21st century of Silicon Valley, it will let you experience the events that made the history of the patent. It will also allow you to understand the present day uses of the patent and why it must continue to evolve in the future to survive.

This book contains useful information for all people wishing to know where the current patent system comes from and understand the new challenges it faces today. It is a must-read for all present and future patent professionals, as well as for everyone interested in intellectual property, technology, innovation and societal issues.

The book is available in English at https://www.amazon.com/ONCE-UPON-TIME-PATENT-Understanding/dp/B0B31HBXQY.