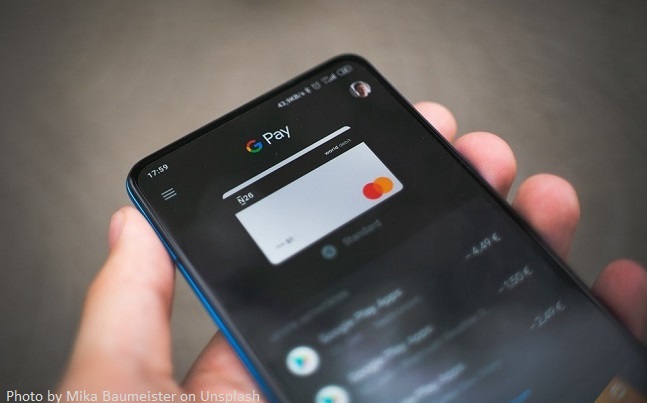 The article begins with business analyzing approaches, wherein the Business Model Canvas is used for documenting existing business model, the market is analyzed from Resource-Based View (supported by VRIN analysis) and Market-Based View (supported by the analysis tool Porter’s Five Forces), and the 7P Marketing Mix is used to represent the totality of the elements with which a company approaches the market.

The article introduces the launch timeline of mobile payment giants from USA and China, that are in terms of time order PayPal, Alipay, G Pay, WeChat Pay and Apple Pay, as well as their business strategy in the payments business. PayPal and Alipay and WeChat Pay that draw on PayPal have a stable relationship with an e-commerce platform, respectively. The other two, G Pay and Apple developed an e-Wallet.

Apple Pay’s Business Model Canvas represents that the company’s partners include vendors and banks. Apple Pay’s value proposition is to provide customers with a secure and convenient means of payment, thus gaining their trust. From the resource perspective in the VRIN table, Apple Pay has sustained competitive advantages at premium brand and IP rights, but partly competition at financial partnerships and market share. From the market perspective based on the analysis tool of Porter’s five forces, Apple Pay has a low threat of new entry, medium threat in substitution, power of supplier and bargaining power of buyer. On the other hand, the Business Model Canvas of Alipay depicts Ant’s partners e-commerce platforms from its parent company Alibaba and external merchants. Alipay’s slogan is EVERYTHING, IMMEDIATE and EVERYWHERE. From the resource perspective, Alipay’s main resource is its heavily invested technology, key resources at human resources, as well as value creation partners of Alibaba Group ecosystem. From the Market perspective, Alipay offers a full range of services with simply click to support its value proposition. Alipay has different target groups where it works as different payment platforms. The biggest competitor in China is WeChat Pay.

As a summary, from a FinTech perspective, Ant Group has the edge over Apple Pay. The reasons lay that Ant is independent of Alibaba and has its own mindset, i.e., aims to encapsulate a complete FinTech ecosystem; Apple Pay, at the current stage, seemed to be defined as a complementary service in the vast Apple kingdom, offering only a relatively single service. From a market perspective, both have an absolute advantage in the payments space in their domestic market, but not in others. Currently, Apple has enough cash reserves and has already launched the Apple Cash Card, so perhaps it’s ready to launch third-party payments independent of banks. Alipay is not free to broaden its pay market to areas outside of China because of payment culture gap and the already existing competitors. But in rest of the FinTech sector, like blockchain, Ant has its sustained competitive advantage.

This research project was conducted by MIPLM graduate Yanan Huang and supervised by Prof. Dr. Alexander Wurzer and Dr. Thibaud Lelong both CEIPI.

Yanan is a Chinese Patent attorney since 2017 and is currently working for the manufacturing company TRUMPF as an IP manager since 2022. She also holds a Master’s degree in Semiconductor and Photovoltaics from the TU Bergakademie Freiberg and is trained as a Patent- und Innovationsschutz Officer at the Universität Koblenz-Landau. In 2022, Yanan graduated in the Master of Intellectual Property Law and Management at CEIPI, University of Strasbourg.

Here is a description of the research project: