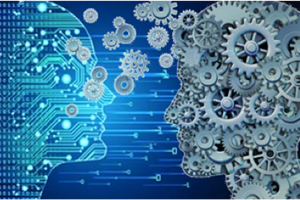 The knowledge economy rests on four fundamental pillars at the base: Information, communication technologies (ICT), research and innovation, and training and institutions. Information and Communication Technology as a central element in the fight against COVID-19 has fully demonstrated its usefulness and makes the difference. Webinars are omnipresent and social networks show their power to get people connected. IP managers as knowledge workers in their home offices are in the eye of the perfect Corona storm.

The treatment of the coronavirus has shown how important the knowledge economy is, how much it is already reality. The various pillars were mobilized in record time. This reflects the degree of integration of countries in this economy which will react quickly and efficiently according to their degree of integration. Companies and countries realized how important the knowledge economy is to keep the global economic engine running, and to do so without contributing to the spread of COVID-19. The world is now armed with a much more mature and robust set of remote collaboration tools for knowledge workers than it was in 2002, when SARS first emerged.

The term knowledge worker was coined 1966 by the Austrian-born American management consultant, educator, and author – in short management guru – Peter Drucker. He is one of the best-known and most widely influential thinkers on management theory and practice. In his 1966 volume “The Effective Executive” he introduced his concept. In 1999, he suggested that “the most valuable asset of a 21st-century institution, whether business or non-business, will be its knowledge workers and their productivity” (Drucker, P.F. (1999) Management Challenges for the 21st Century, Harper Collins).

Since the COVID-19 virus first emerged, there has been a shutdown of global factories, a stock market selloff, school closures at the local and national level, and much more including weeklong lockdowns. Organizers canceled fairs, congresses, conferences, meetings. Nevertheless, with the rise of remote collaboration technologies, the show can go on for knowledge workers to keep up the knowledge economy. Leaders of companies around the globe should recognize how far technology has come in the last 20 years – since the Porter publication and SARS experience. This technology has made working from home office an inconvenience, not a crisis for IP managers.

We described in 2008 that IP Management is a key skill in a knowledge economy. Through focused appropriation strategies, companies can use intellectual property to generate profits from the investments they make in new knowledge. To do so, it is necessary for various subsystems of the knowledge economy to be combined at an interdisciplinary level. To support the success of the economy, IP management helps to optimize appropriation mechanisms. We described the consequences in this 2008 paper:

Corona shows the incredible resilience of the knowledge economy: IP managers in their home offices are the epitome of Porter’s knowledge workers Score: 0 / 5 (0votes)
Share on Facebook Pin on Pinterest Tweet on Twitter Share on Google Plus Send via WhatsApp Send via E-Mail
IP-ManagementKnowledge Economy
Read more
Previous Post Start of the Certified University Course on “Integrated IP and Innovation Management” on 15th of June

Next Post 5G campus networks and IP: What are the real costs for industrial users?