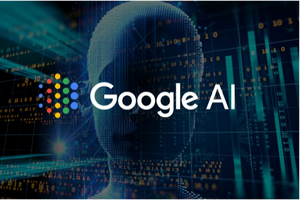 Dr. Ralf Uhrich LL.M., Patent Litigator at Google, manages Google’s European patent litigation docket and prepares Google for the upcoming Unified Patent Court. Dr. Uhrich is in charge of all European patent infringement cases to which Google is a party. At 21st January he presented Googles perspective on AI at the MIPLM program in Strasbourg. Two years after adopting its “AI first” strategy google is still transforming into an AI company across its platforms to make a “more helpful” Google. Thanks to advances in AI, Google is moving beyond its core mission of “organizing the world’s information”. The company is moving from helping people to find answers to a company that helps users to get things done. Google wants, that the products work harder for users in the context of their job, their home and their life.

Two years ago, at the annual developer conference, Google CEO Sundar Pichai laid out Google’s “AI first” strategy. This year the Tech-Giant can already show ways AI is having a significant impact across all of its platforms, products and services. From operating systems and apps to home devices and in-vehicle interfaces, Google is infusing AI everywhere. The idea is that AI will help people to be more productive in all aspects of their lives, whether they’re in a corporate setting of need help reading signs on the subway. With Google Assistant at the core of many announcements, including the next-generation Duplex, it’s clear how new AI capabilities will bring more value to Google’s products, and potentially help Googles build up its sources of revenue beyond ad sales.

Google Duplex is a project from Google that is currently live in the majority of the US. It allows certain users to make a restaurant reservation by phone. However, instead of the user speaking directly to the restaurant employee, Google Duplex, with the help of Google Assistant, speaks for the user. It does this with an AI-based, but human-sounding, voice. It’s also being used to speed up paying for movie tickets online. This is a nice example of the future of AI applications at Google.

Dr. Uhrich was installed like a kind of bridgehead when he joined google in Munich in 2015 to coordinate patent cases in Europe, but also to influence the patent system here. Because even though Google itself has patents, the group fears nothing more than lawsuits from patent trolls. The courts, including the upcoming UPC, should not be too plaintiff friendly.

After he started his career at Quinn Emanuel in 2011, Uhrich experienced that Google knows how to use the advantages of European cases. He fought alongside Dr. Marcus Grosch for Google against Microsoft and Apple. This makes Uhrich a child of the so-called Smartphone Wars. Google later took the active role out of this battle of the mobile phone giants. Uhrich now coordinates passive processes, mostly as an intervener for cell phone manufacturers. Because almost always the Android system sits in the dock with their devices.

The Democratization of AI from MIPLM