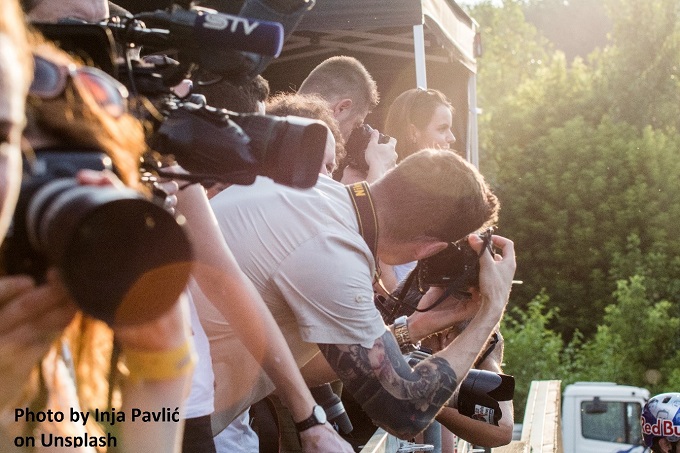 Like most creative works, it is an established principle that copyright protection is extended to photographs. The water becomes murkier when the photographs in question are of public figures because, in addition to copyright over the artistry of photographs, an additional layer of personality rights comes into play. Given how celebrities/public figures rely on brands using their images and likeness for commercial gains, in the scenario of brand photoshoots, one would assume that most photographs of celebrities would involve them waiving off or assigning their rights to brands. But that isn’t the case with paparazzi photographs because there is no specific agreement in place, which begs the question of who the rights belong to. This article seeks to explore the same, juxtaposing the understandings of Indian and American legal systems.

Litigations on copyright over paparazzi photographs of celebrities and their use, by the very celebrities being photographed, have been doing the rounds for a while now. Popular celebrities that were litigated against include Khloe Kardashian, Gigi Hadid, Dua Lipa and Emily Ratajkowski. Although the outcomes of these cases vary, some observations can be isolated which we shall be discussing hence.

Ownership of copyright, over a work, first vests with the author of this work; for instance: a novelist owns copyright over a novel, a photographer over a photograph, etc., before transferring rights. This understanding flows from statutes – § 201 of the United States Copyright Code (henceforth U.S.C.) in USA or a cumulative reading of sections 2(d) & 17 of the Copyright Act, 1957 in India. Photographs (inclusive of paparazzi photographs) are considered to be original works of art; their unauthorized use qualifies as infringement of rights of the photographer as in cases of Mannion v. Coors Brewing and Sands v. CBS Interactive.

Subject celebrities of these paparazzi shots/photographs often rely on varied defenses, when sued for unauthorized use, one of which is ‘fair use’ as under § 52, Copyright Act, 1957 or § 107 U.S.C. Under American law, one must weigh arguments and alleged unauthorized use against four tenets of fair use namely – the purpose and character of use, the nature of copyrighted work, the amount and substantiality of portion used, and effect of use upon potential market. By contrast, Indian law provides specific circumstances that qualify as fair use such as use of work for educational purposes or for criticism/review. In this instance, the possible category of fair use would be private use under § 52(1)(a), Copyright Act, 1957. But it is difficult to determine what constitutes private when it comes to celebrities as their lives/social media presence is open to public and they often rely on their popularity as a source of livelihood.

Beyond fair use, claims of personality/publicity rights i.e., right to commercialize or control commercial exploitation of one’s name, image, likeness or any other aspect of personal identity, allow celebrities to prevent others from using their image in an unauthorized manner. Copyright over paparazzi shots and personality rights of subject celebrities are diametric opposites – while the copyright vests with the photographer, the celebrity can claim unauthorized commercial exploitation of their image and thus, an infringement of their personality rights. Waters get murkier as this personality right does not extend to publication of a work of which one is a subject when this is in violation of copyright of the author.

In terms of judicial precedents, there are none yet in India. In the United States, although several of these disputes were settled out of court, interesting arguments were made by Gigi Hadid while justifying her use as fair. Besides claiming her reposting of the photograph as personal use, she argued that the work was factual having been “shot in a public setting” & had no distinctive elements on its own. She claimed to have posed for the camera, contributing to several copyrightable elements for which she ought to be recognized as a “co-author”; her repost was a cropped, edited version of the original paparazzi shot and publication of an already published picture. The court however did not take cognizance of these arguments. The claim of infringement failed because the photographer had not obtained a copyright registration over this picture. Despite the Gigi case being dismissed due to technicality, contrarily, the photograph in O’Neil v. Emily Ratajkowski was registered and the facts/arguments surrounding fair use were so twisted that the suit would be soon proceeding to trial. Interestingly, no claim of personality right infringement was made, since Emily’s face was not visible in the photograph and relying on Champion v. Moda Operandi, “misappropriation of a completely anonymous face cannot form basis of false endorsement claim because consumers would not infer that an unknown model was ‘endorsing’ a product”.

Although unauthorized use of paparazzi photographs constitutes infringement even when done by subject celebrities, some would argue that it is only fair. After all, utility of these photographs increases because of the fame of celebrities. Parallelly, some might argue that claims of commercial exploitation of personality rights must not succeed since celebrities owe their fame and employment to media/audience. While we await the verdict in Emily’s case, the judiciary is indeed tasked with walking a tight rope – balancing copyright, personality rights and fair use.

Ms. Sakshi Sharma is a practicing Intellectual Property attorney from India, who has worked as a litigation associate with a leading IP law firm. She has advised various national and international clients on contentious and non-contentious matters related to trademark, copyright, design, and GI law. She is a graduate of Gujarat National Law University.