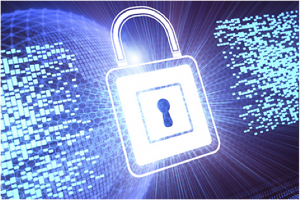 Airbus is an international reference in the aerospace sector. The company designs, manufactures and delivers industry-leading commercial aircraft, helicopters, military transports, satellites, and launching vehicles, as well as providing data services, navigation, secure communications, urban mobility and other solutions for customers on a global scale. From 2000 to 2014, Airbus was known as the European Aeronautic Defense and Space Company (EADS). Innovation has always been a driving force at Airbus, which promotes cutting-edge technologies and scientific excellence to contribute to global progress. Through its predecessor companies, Airbus pioneered many of the technologies that helped conquer the skies and are now part of everyday life.

With more than 130.000 employees, the company earns over 63 billion in revenues. Airbus delivers nearly 11.000 aircrafts to airlines worldwide, produces 12.000 helicopters operated by approximately 3.000 customers, is the 2nd largest space company in the world and in the top 10 of defense companies. The company produces and markets the first commercially viable digital fly-by-wire airliner, the Airbus A320, and the world’s largest passenger airliner, the A380. Their 10,000th aircraft, an A350, was delivered to Singapore Airlines on 14 October 2016. The global Airbus fleet has performed more than 110 million flights, totaling over 215 billion kilometers and carrying 12 billion passengers.

With a forward-looking strategy, based on cutting-edge technologies, as well as digital and scientific excellence, Airbus aims for a better-connected, safer, and more prosperous world. Airbus encourages its industry-leading experts to push their boundless imaginations, moving the company into the Industry 4.0 era, and inventing new possibilities for the future of flight: from manned and unmanned vehicles for urban mobility, to hybrid and electric propulsion systems for cleaner aviation. Airbus is investing over 3 billion Euros in self-financed R&D and holds 37.000 Patents worldwide.

Airbus is heavily involved in international research projects. Research partnerships are a critical element of the innovation landscape which, in turn, is vital to fostering growth in a knowledge-based economy. Globalization means that research and innovation (R&I) collaborations are becoming increasingly internationalized. This presents a challenge to the translation of knowledge, as different partners in different countries will naturally seek to reap the rewards, not only from their own inputs to a collaborative venture, but also from the synergies of working with others, both in Europe and outside of it.

Intellectual property (IP) represents the instrument by which the value of knowledge can be captured. Indeed, IP has been described by many as the “currency of the knowledge-based economy.” For Airbus, this means ensuring that their employees are aware of their own know how contributions within R&D cooperation. The following movie is a part of the initiative by AIRBUS to raise the awareness about know how contributions to joint developments.