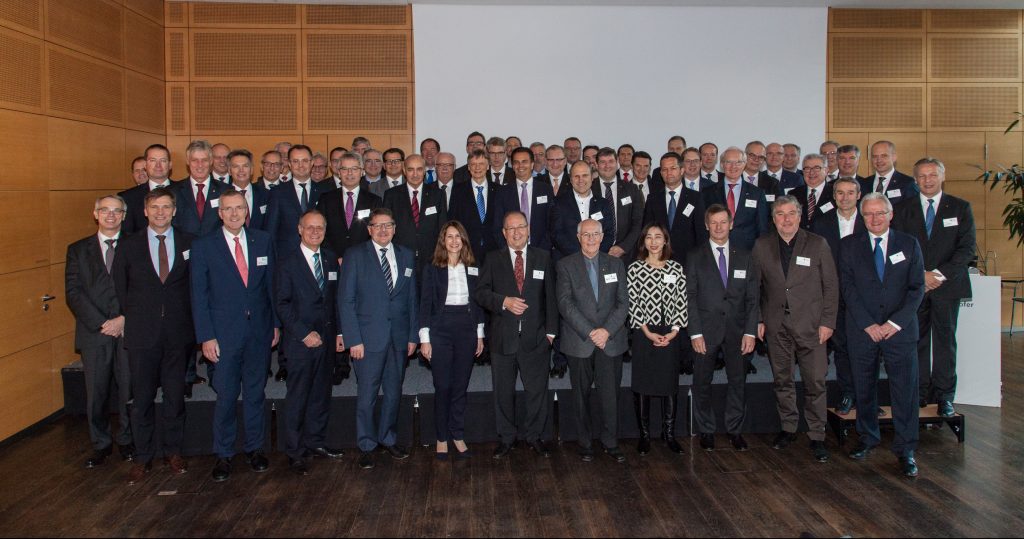 Which role will IP play as a competitive instrument for the German industry in digitalization and in the Internet of Things? How do technology companies in this country have to position themselves with their IP and IP management in a globalized race for the best places in the market? These questions were discussed in March at KUKA, the German top robot technology expert, in an exchange of experience between CTOs.

On March 16, the industry council for competition of the diesel board of trustees met at the robotics specialist Kuka in Augsburg. The Diesel Kuratorium is the electoral body of the oldest German innovation award, the Rudolf Diesel Medal.

Twice a year, the Diesel Board of Trustees holds a meeting of the chief technology officers as part of the CTO forum. The Industry Council for Competition is currently meeting on the issues of IP as a competitive instrument in Industry 4.0 and the future positioning of the German industry.

The Rudolf Diesel Medal, Germany’s oldest innovation award, has been awarded since 1953. It gives recognition and a public platform to personalities who have not only shown inventive talent but have also demonstrated the ability to successfully implement ideas in an entrepreneurial manner. Such successes have a signal effect for the entire economy and move the subject of innovation into the focus of public interest.

Award ceremony of the Rudolf Diesel Medal in the Hall of Honor of the Deutsches Museum. Diesel medal 2014: