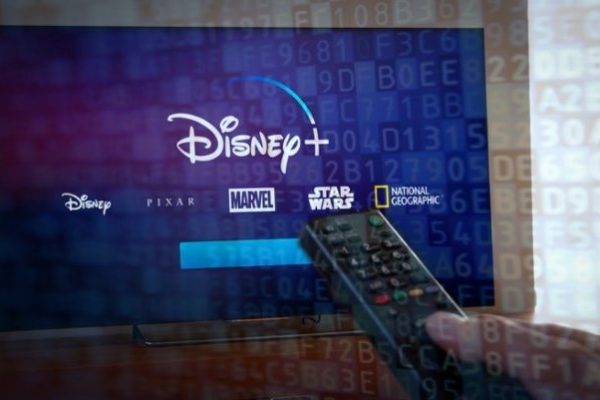 The Walt Disney Company is currently a classic, global media giant with just under $ 60 billion in sales and over 200,000 employees, who has successfully mastered the first wave of digital Transformation. Something not every media company can say about itself. Now Disney is reinventing itself and accepting the unbeatable logic of the customer journey, digital eco-systems and the power of data sovereignty. Never before has such a large company changed its own business model from a position of strength so radically. Disney wants to become a networked streaming provider and thus regain unlimited, dominant market power in the entertainment industry. Now a classic media company is moving into the streaming wars and is determined to decide this fight for itself. But one after the other.

At the box office, Disney currently has a market dominance that is overwhelming. The Mickey Mouse company has approximately 36% market share with its global blockbusters, which is much more than any studio had before. One billion ticket sales alone – a lonely record. Whatever Disney does now, it will change the entire industry. The CEO, Bob Iger, has a daring plan: He seeks contact with the end customer. Disney makes most of its sales with films, DVDs, BlueRays and merchandising through middlemen. Except for the theme parks, Disney has no direct relationship with end customers, so it knows nothing about them and cannot have a direct relationship with them. Basically, Disney has a position here, like a medium-sized device manufacturer or mechanical engineering company that organizes its sales through a three-stage sales system. But with the new communication options, direct customer contact is becoming much more important. Customers’ options are increasing, market transparency is increasing and loyalty is decreasing – the brand manufacturer has to retain its customers and wonder what exactly customers are willing to pay for – and this is the challenge for Disney.

The situation is quite uncomfortable for the media group, despite the apparent strength. While the cinema business is dominated by Disney, it has been shrinking for years. In addition, streaming providers such as Netflix are killing pay TV, the revenue and profit provider. Disney’s plan is to build a business eco-system around a streaming service and use end customer data for high-margin business: value creation from data. Netflix has already demonstrated this in the industry. Thanks to its data access at the end customer and a very clever IP portfolio, the streaming service is able to analyze customer needs, viewing habits and interests exclusively and with unprecedented precision. From this, Netflix draws the knowledge for new blockbusters and series successes. But Netflix has a comparatively simple business model and does not make a profit from an eco-system. Netflix attracts customers to its channel with exclusive content and tries to keep customers there with additional, suitable content.

Disney’s approach is significantly more modern, comprehensive, but also more complex. Disney’s central problem is that the company has no direct access to its customers and therefore does not know them. Individual service offers cannot be placed and the willingness to pay cannot be exhausted. Disney already has a business eco-system: The film studios have never been Disney’s largest or most profitable business unit, but they have created the intellectual property, emotional icons, characters, and collective images that then appear in the other, much more profitable business units like parks and Cruises, where they are monetized. If the end user is now directly attached to this marketing machine, it can reach a whole new level.

Disney+ will only look like a streaming service analogous to Netflix at the beginning. But the empire will use its power quickly and comprehensively. With BamTech, Disney has bought an absolute streaming expert with a suitable patent portfolio for 2.6 billion US $ and has been preparing its own entry into the streaming wars since 2017 at the latest. With Disney+, the last mile to the end consumer and his needs is finally closed. The customer data can now be used to determine who is offered a StarWars LegoSet on a cruise and who needs to be contacted in a resort for musical cards. The Rembrandts in the attic can finally be monetized. And just as the patent portfolio is published today, Disney does not tolerate commensals.

Disney already knows how to digitally process Pain Points into gold mines. For a long time, the biggest problem in the theme parks was queuing in front of the attractions. An individual and unique customer experience is possible with a data tape, the “MagicBand”, which the guests of the theme parks receive before their visit. Whether in the hotel, in the restaurant or at the attractions – the guest is recognized and his preferences are taken into account. He gets admission and access, just as previously agreed in the virtual journey and even a little more, because by linking it to other data from the Disney universe, unique surprises are possible that you never dreamed of: the favorite hero serves the dessert. The empire strikes back – digitally, in an eco-system and with the customer in mind. Two prominent patents show how good Disney is today. In the adjoining one, the guest of a theme park is recognized by the exact weight and shoe size in the whole park and looked after individually. The second granted European patent EP2249936B1 concerns the adaptation of a roller coaster ride to the state of excitement of the guest. The facial expression of the passengers is analyzed and the ride is set up individually in real time on the basis of the emotional situation: this market positioning of the dream machine was precisely thought out and secured with IP.