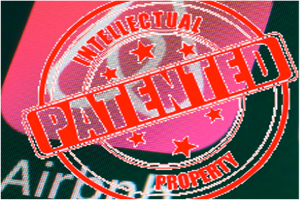 Digital patents are increasingly relevant for infringement cases on digital use cases like “presenting advertising in an interactive service” and “improved navigation using bookmarks”. These technologies were patented by IBM many years ago and now, after six years of negotiation, Big Blue is suing AirBnB for infringing this use cases on their short-term rental platform business. IBM alleges that it has been attempting to negotiate a licensing agreement with AirBnB since 2014, but these efforts have been unsuccessful. The patents in question are relatively old, some of their priorities going back to the late 1980s. These shows how long the tradition and practice in digital patents is within the big tech companies. These technologies where develop as a part of “Prodigy”, a service IBM described in court filings as a “forerunner to today’s internet”. Prodigy was an online service from 1985 to 2001 which offered access to a range of networked services like news, weather, online-shopping, bulletin boards, games and banking.

The technologies, which where developed in that time, are still highly relevant and integrated in current and prominent use cases. IBM has had significant success in the past in asserting its patents against other platforms. IBM used the same patent as part of a dispute with coupon site Groupon, which in 2018 agreed to pay $57m to end a bruising two-year court battle. The patent was also part of a suit filed in 2013 against Twitter, a then-emerging social network, which also struck a deal, licensing disputed patents from IBM, and also acquiring 900 more — at a total cost of $36m (Financial Times: “IBM takes Airbnb to court over historic patents”). Twitter was readying its IPO when IBM sued to force the company to warn prospective investors about the impending litigation in its risk factors. AirBnB is in a similar position and it has said it plans to go public this year.

These case shows that certain business case relevant technologies are used in a recombinant way and when such a logic is patented, the dependency of such patents is very high. One of the patents (US7072849B1) which are in question here describes “a method for presenting advertising in an interactive service provided on a computer network, the service featuring applications which include pre-created, interactive text/graphic sessions [..]. The method features steps for presenting advertising concurrently with service applications at the user terminal configured as a reception system. In accordance with the method, the advertising is structured in a manner comparable to the service applications enabling the applications to be presented at a first portion of a display associated with the reception system and the advertising presented at a second portion.”

Next Post The paradox of digitalization: technological revolution without digital inventors in Germany