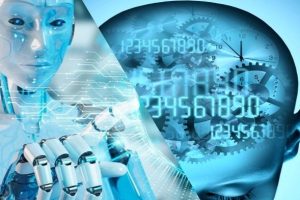 The most important result of a study by the German Institute for Invention on the role of IP in Industry 4.0 are the challenges that medium-sized companies have when dealing with digital patents. The inventive results of software and digital experts often do not find their way into the patent department, with all the consequences: Lack of recognition of the inventive achievements of, for example, app programmers or cloud experts, but also the lack of monetary remuneration for an employee’s invention and the lack of patent protection for digital solutions.

The study carried out on behalf of the Council for Competition of the Board of Trustees for the Rudolf Diesel Medal, Germany’s oldest innovation award, also shows that the lack of inventive recognition by digital experts leads to digital solutions such as apps, use cases, customer journeys, and the cloud services and business models which have no patent protection and are therefore not legally enforceable against imitation. Often there is even a widespread perception that such digital objects are not at all accessible to patent protection or that such patents are not enforceable at all. Prominent court decisions, such as those of the Munich Regional Court against Facbook on WhatsApp, which show the local enforceability of digital patents, are hardly noticed. Also, companies like Signify, the former lighting division of Philips, show how to patent use cases and license them out profitably, as well as how to recognize violations of digital patents through the use of the use case and thus generate 6 billion euros in highly profitable sales

for digital patents is exploding in Europe, but the largest applicants no longer come from Europe and rather from companies based in the USA and Asia (China, Korea, Japan), they are called Huawei, Samsung, LG and United Technologies. Significant growth rates can also be observed in the various sub-categories, such as data collection and analysis (including big data), machine learning and image data generation and processing. For example, the USA has the most and best AI patents, while both Europe and China are lagging behind.

Probably the biggest misunderstanding of many software and digital experts is the wrong phrase “software cannot be patented”. Because it is forgotten again and again that the addition “as such” is important in patent law. In the age of the Internet, smartphones and the increasing digitalization in the course of Industry 4.0, software has become an indispensable part in many areas of technology. It is therefore not surprising that many current innovations are in the field of digital data processing. Even at the German Patent and Trademark Office (DPMA), around ten percent of the patent applications submitted are software-related, so-called computer-implemented inventions. They have at least one feature that is at least partially implemented using a computer program.

The DPMA provides the following support to sharpen the understanding of software and digital patents: The Patent Act explicitly excludes programs for data processing systems “as such” from patent protection. The fact that a data processing system is controlled with the help of a program in order to achieve a desired result is therefore not enough to be able to patent this program. In order to be patentable, according to the case law of the Federal Court of Justice, the solution claimed in the context of the invention must contain instructions that serve to solve a specific technical problem with technical means.

The example of a navigation device

This is the case, for example, when a map is displayed in a navigation system as a function of the position and direction of movement of the vehicle. Even if device components are modified by the claimed solution or if the sequence of a data processing program used for problem solving is determined by technical conditions outside a data processing system, one speaks of technical means for solving a specific technical problem.

Next Post MIPLM 2019-20 3rd module: Managing the integration of IP and innovation in a digital world