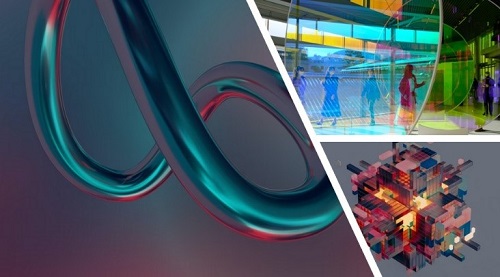 We’re monitoring patent activity around the Metaverse everywhere around the world. Thereby, it doesn’t matter at all that the metaverse doesn’t exist yet. The Metaverse is a good example of how IP design works. Because IP design is not simply the depiction of an invention or technical fact in the patent world – that would be thought far too simply. The patent system lives in the subjunctive. It’s not about what already exists and is done today. IP design is always about what will be possible and economically relevant in the future, and you can see that very well in the current IP distribution battle surrounding the concept of the metaverse and learn and apply it to any other digital concept.

A very recent transaction attempt (we will see what the antitrust authorities think of it) shows the dimensions of the Metaverse concept: Microsoft cited the metaverse as a reason for buying Activision Blizzard for $68.7 billion. The metaverse is the convergence of two ideas that have been around for many years: virtual reality and a digital second life. In what techies like Mr. Zuckerberg call the metaverse, virtual reality serves as a computing platform for living a second life online. In virtual reality, you wear a headset that immerses you in a 3-D environment. You carry motion-sensing controllers to interact with virtual objects and use a microphone to communicate with others.

Since the late 1970s and early 1980s, many of those in the technology community have imagined a future state of, if not quasi-successor to, the Internet – called the “Metaverse”. And it would revolutionize not just the infrastructure layer of the digital world, but also much of the physical one, as well as all the services and platforms atop them, how they work, and what they sell. Although the full vision for the Metaverse remains hard to define, seemingly fantastical, and decades away, the pieces have started to feel very real. And as always with this sort of change, its arc is as long and unpredictable as its end state is lucrative.

However, the fact that the Metaverse has only been developed in outline and as a concept today does not mean that companies would not try to secure foreseeable (or even suspected) business models there through patents, and they do so by using IP design methodology. In between there are literally thousands of patents which claim use cases and business models in the Metaverse.

Disney has been approved for a patent to enter the metaverse world and make interactive, personalized attractions for theme park visitors (US11210843B1).

The company was approved for a “virtual-world simulator in a real-world venue” patent on Dec. 28, 2021. The tech would come with headset-free augmented reality (AR) attractions at the entertainment giant’s theme parks.

The tech would work through tracking visitors on their mobile phones, along with generating and projecting personalized 3D effects on various objects in the park.

Also, Meta’s plans for how it might commercialize the metaverse are becoming clearer and there are already hundreds of patent applications by Meta. There are references to a “virtual store”, where users could buy virtual products, as well as objects that correspond to real-world items that have been sponsored by third-party brands. A patent says brands would go through a bidding process to “sponsor the appearance of an object” inside a virtual store.

U.S. Patent and Trademark Office officially granted Apple a patent that relates to computer-generated reality (CGR) (including virtual reality (VR) and mixed reality (MR)) techniques, and more specifically to techniques for user’s entering or exiting a CGR or metaverse environment within a visual headset. Apple’s granted patent covers techniques for enhancing the experience of a user entering or exiting a CGR environment or metaverse. As the metaverse becomes more ubiquitous, there is increased opportunity for people to interact in such environments.

What we can learn from these patents is that they were created through the IP design method. This means that these technical concepts have obviously not yet been implemented. It doesn’t exist in the sense of finished realization, if only because the metaverse doesn’t exist yet. But the business developers, marketing managers, product managers and technology developers can imagine what such use cases and applications have to look like and what business models are made possible with them, and they can also use this to formulate the associated patent applications.

Here are some examples how IP design is applied in other digital contexts:

IP design innathon for the digital disruption of WILO: MHP, Siemens and D.I.E. create the future with a digital pioneer: https://ipbusinessacademy.org/ip-design-innathon-for-the-digital-disruption-of-wilo-mhp-siemens-and-d-i-e-create-the-future-with-a-digital-pioneer

Next Post Is the EU Falsified Medicine Directive efficient to curb counterfeits?