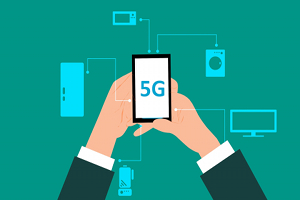 The number of patents that are potentially or actually essential for the implementation of a technology standard is increasing dramatically and exacerbating the challenges that already exist today in dealing with such property rights and especially in their valuation. This was the tenor of the lecture “Valuation Methods for Standard Essential Patents”, which Dr. Tim Pohlmann, CEO and founder of IPlytics GmbH, held on November 15, 2018 as part of a meeting of the “IP Assessment” working group of LES Germany.

Many standard setters require companies that, in their opinion, have standard essential patents (SEP) to make a corresponding declaration. As Dr. Pohlmann stated that the number of these declarations has increased substantially in recent years, from a good 26,000 in 2016 to over 39,000 in 2018. For the 5G standard alone, the new generation of mobile communications standards, more than 37,000 patents have been declared as essential standards. The number of independent owners of SEP is also growing continuously. This makes the situation for companies that want to implement technology standards more and more confusing and difficult, since only a small part of the property rights can be licensed through patent pools.

Against this background, estimating the total number of SEPs for a specific technology standard, which according to a current court ruling from England is indispensable for the evaluation of such property rights, is an increasingly difficult task. This is not only due to a large number of standards essential, but not (yet) declared patents, but also because, according to an EU study, around 70% to 80% of property rights are wrongly declared essential as a standard. However, given the number of patents and the effort involved in examining each individual property right, a corresponding analysis would be almost impossible.

The presentation for the lecture by Dr. Pohlmann:

How to valuate and determine standard essential patents

Subsequently, Mr Björn Joachim, Managing Director of AdvInno GmbH, addressed the “Implications of the new law on the protection of secrets for the evaluation of know-how” in a discussion contribution. This law, which implements a corresponding directive of the European Parliament, has been in a government draft since July 2018. It is intended to make it easier for those affected to assert civil law claims for injunctive relief and damages in the future. The law will change the way in which business secrets are dealt with in a company, especially because according to the new definition, a trade secret only exists if the owner of the information takes appropriate confidentiality measures and not already if he or she is willing to maintain confidentiality. From a procedural point of view, too, the “Act on the Protection of Trade Secrets from Unlawful Acquisition, Use and Disclosure” will bring innovations, especially with regard to the question of how the protection of trade secrets can be maintained if it is used in the course of legal proceedings to enforce claims must be disclosed.

LES working group “IP valuation”: Growing number of standard essential patents and protection of secrets as major challenges for IP valuation and management Score: 0 / 5 (0votes)
Share on Facebook Pin on Pinterest Tweet on Twitter Share on Google Plus Send via WhatsApp Send via E-Mail
FRANDIOT
Read more
Previous Post Start of the mentoring program of the Graduate School of the Diesel Medal at the German Institute for Invention (D.I.E)

Next Post Patent infringement in the cloud: offshoring is no solution