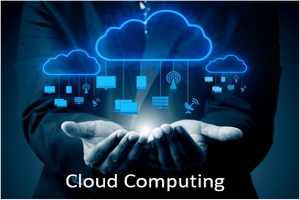 After a ban on import and sale of the iPhone devices 6S, 6S +, 7, 7+, 8, 8+ and X was enforced against Apple for patent infringement in China in December 2018 the patent war is now continuing in Germany. Also, in Germany Apple has to take the iPhone models 7, 8 and X out of its stores due to a sales ban due to patent infringement.

These battles are still being fought over hardware patents and there are few multinational corporations that are attacked from within the chip industry. The much bigger battle for digitalization takes place in software and affects every industry. While many decision-makers in German industry still believe that “software cannot be patented in this country”, the battlefield is shifting to the software sector. The second largest smartphone manufacturer in the world, Huawei was just able to avert a sales ban for Germany before the Düsseldorf Regional Court. The used software infringed a patent for video compression (MPEG-4 Part 10), which is now licensed. The full force of digital patents caught the German industry through cloud computing.

Amazon has just replaced Microsoft as the most valuable company in the world. Together with Google, these two companies now have the world’s largest market values. All three companies have a license to print money with their cloud computing services. The cloud services AWS – Amazon Web Services, Microsoft Azure and Google Cloud grow every quarter by an average of 50% and contribute to over 55% to Amazon’s annual profit. Cloud computing is fueling digital transformation like no other technology. Cloud services are now used by companies of all sizes and industries. But contrary to popular belief, offshoring business processes does not protect you from patent infringement in your own business model.

Cloud computing is the dynamic provision of on-demand applications and necessary IT resources over a network, usually over the Internet. The list of available cloud services is becoming longer and longer: analytics and machine learning services, IoT, edge computing and database services. Even blockchain is available as a service. The provision of computer resources such as servers, storage, databases, network components, software and analysis functions via the Internet enables faster innovations, more flexible resources that can be quickly adapted to peaks in demand, and dynamic economies of scale. Typically, customers only pay for cloud services that they actually use. In this way, the own infrastructure is used more efficiently and at the same time the reliability is increased and IT operating costs for the company are reduced. These economic advantages are driving the business of the large cloud providers with enormous growth rates.

As with the smart phone boom, this economic dynamic of cloud computing leads to a rise of patent litigation. Current analyzes show that patent assertion entities aquire more and more cloud computing patents with an increasing rate of 130% since 2011. According to a study by IPLytics, patent infringement litigation related to cloud computing in the US has increased by 700% over the past four years. According to the European Commission, this development is now also coming to Europe.

An analysis by the patent attorneys Hess and Best of the Badehle Pagenberg law firm under the headline “Patent infringement in the cloud: What users have to consider” comes to the conclusion that the global patent arms race is still advancing and that cloud customers are interesting targets for patent infringement claims. Companies outsource essential business processes to the cloud, i.e. to external data centers that are made available via the Internet. The cloud customers, especially medium-sized companies, themselves have little know-how in cloud technologies and the associated IP management.

The general idea that the territorial principle in patent law would prevent patent infringement if some aspects of the infringed patent are carried out through software processes on foreign servers is wrong. As early as 2009, the Düsseldorf Higher Regional Court ruled that there is a patent infringement in Germany even if not all patent infringing steps are carried out in Germany. “In any case, if the infringing procedure is deliberately and purposefully tailored to an effect and exploitation in the German market in the sense of a sufficient domestic reference, the partial acts carried out abroad must be added to the partial acts carried out in Germany and ultimately to the domestic infringement success. This decision thus extends the liability of the user of a patented process in cross-border situations, ”said the patent attorneys Hess and Best in their analysis. How seriously the large providers of cloud services assess the situation can be seen in the customer agreements. See the pledge of support from Amazon, Microsoft and Google in the event of patent infringement: