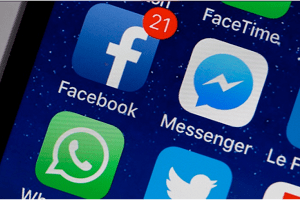 This news hit Germany like a bomb. While many companies in this country still do not even know that apps can be protected by patents, the Munich Regional Court ruled on December 6, 2019 against the online network Facebook with its chat apps WhatsApp and Messenger, as well as the photo platform Instagram. Some functions of the Facebook apps infringe the patents of the smartphone pioneer Blackberry. Presumably, Facebook will now have to change the apps of the chat services in order to continue offering them in Germany. Facebook is also preparing software updates. The decision is not yet final, but it is provisionally enforceable. Facebook has brought an revocation action against Blackberry before the Federal Patent Court.

The technology in question is about encryption solutions, the integration of messaging services in games and the sending of messages. In particular, it is about how the processes between the app and the operating system are handled. Blackberry is the pioneer in the technology field of smartphones and has built up an extensive patent portfolio. Even if Apple’s iPhone and Google’s Android have now replaced their mobile devices for messages and e-mails, the patent portfolio is still there and, it now seems, is systematically enforced.

This legal dispute, in which the lawsuit was filed at the beginning of 2018, highlights the many transforming business eco-systems, especially in the B2B area. The possibility of patenting digital solutions and the simultaneous digital transformation of entire value chains enables companies from outside the industry to take and defend dominant positions. According to a recent study by McKinsey on the transformation of digital B2B ecosystems “Competitors become partners”, no industrial company can compete with the software and IT expertise of technology giants like Amazon or Alibaba. It is important to coordinate the respective eco-system. Just like in the Mobile Wars, Apple and Google took action against their competitors in the mobile communications market in order to establish a dominant position for themselves.