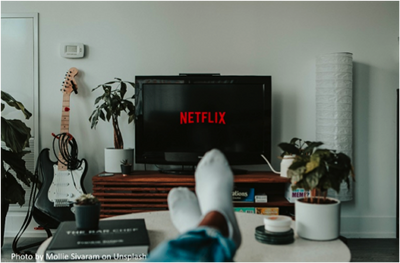 Netflix Inc. is one of the most successful entertainment media companies of all times. Netflix Inc. originally began its ascent in 1998 by providing services to customers through means of mailing out physical copies of movies, shows, video games and other forms of media through the standard mailing system. Through its successful start and the rapid changes that technology introduced over time, Netflix converted its business model. They went from handing out physical copies to allowing their customers to stream their favorite content on their own.

Today, the platform has advanced to streaming technologies that have elevated and improved Netflix’s overall business structure and revenue. The platform provides its viewers the ability to stream and watch a variety of TV shows, movies, documentaries and much more, through means of using a software application. Since Netflix converted to streaming, it is the world’s ninth-largest internet company by revenue, with a presence at a global scale.

Netflix is a masterpiece of Business Model Innovation. How do they make money, which sales and delivery channels do they use and what is their long-term business strategy? Here is a movie to explain that. The following movie is a compilation that comprises specifications of Netflix’s business canvas model and its core operations.

From the very beginning, Netflix has been a disrupter and market leader; it fundamentally revolutionized the way people watch TV. Whether it is watching a film as a family, or binge-watching alone with pizza, Netflix provides it all. Consumers of streaming services are completely spoilt for choice; indeed, Netflix has worthy opponents such as Amazon Prime, Hulu, the Walt Disney Company, and Apple TV. But, as reflected by the numbers, it is the world’s clear favorite.

Next Post Webinar with the EU IPR-Helpdesk and CEIPI: IP and Standards