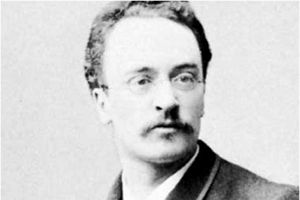 Prof. Dr. Wolfgang A. Herrmann takes over the patronage for the Rudolf Diesel medal. He has been President of the Technical University of Munich (TUM) since 1995. He was re-elected in 1999, 2005, 2007 and 2013 and is now the longest-serving president of a German university.

The TUM goes back to the year 1868. The current 15 faculties currently have over 41,000 students, 30% of them from all over the world. The TUM stands for three main objectives: scientific, internationality and entrepreneurship. Many prominent personalities have studied and researched at TUM since the year it was founded: Nobel Prize winners, inventor engineers, entrepreneurs and designers of public life. Countless alumni who have promoted the development of a knowledge-based society with their academic training in their professions and occupations. A very special alumnus is Rudolf Diesel (1858-1913).

To mark the 100th year of Rudolf Diesel’s death, TUM in Garching dedicated an exhibition to the engineer and entrepreneur from November 19 to 29, 2013. From 1875 Rudolf Diesel studied mechanical engineering at the Royal Bavarian Technical College in Munich (today TUM). He graduated with the best result since the university was founded. Even during his studies, Diesel tried to improve the poor efficiency of steam engines. One of his professors was Carl von Linde, from whom he learned the Carnot process and the concept of energy conversion efficiency. In 2017 the Institute for Advanced Study at the Technical University of Munich (TUM-IAS) announced a Rudolf Diesel Industry Fellowship. Aim of the program: “TUM-IAS awards fellowships to distinguished researchers and gives them the necessary time and financial support to explore new venues, to develop novel research areas and to establish intensive international collaborations”.

The TUM is chosen as the best TU in Germany. It lives entrepreneurial flair, excellence in teaching and research, as well as interdisciplinarity at the highest international level. The TU Munich is home-based and open to new ideas and is one of the most innovative universities in Europe. TUM is actively facing international competition. Her motto is: “If you want to change the world on a large scale, you also have to understand it in the smallest detail”. Your task is to bring the spark of science to business. The TU Munich is driven by curiosity, courage, imagination and a passionate will to win. This makes Rudolf Diesel’s alma mater a perfect match for Germany’s oldest innovation award, the Rudolf Diesel Medal.

Next Post The Mentoring program invites to the colloquium: IP Management in times of digital transformation at FESTO