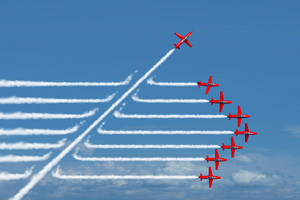 Formal Intellectual Property Rights (IPRs), mainly including Patents, Trademarks and Design rights, play a key role in creation of competitive advantages for companies and in development of highly disruptive business models for industries.

To improve efficiency of the IPRs systems worldwide, international and national legislations work on harmonization of legal frameworks either on IPRs prosecution, or on IPRs protection /reinforcement. The legislative harmonization worldwide brings the national/regional IPRs systems approaches much closely than ever, and makes standardization in IPRs relating activities much efficient and broader than before.

At Public Offices’ initiative, many Standards, Recommendations and Guidelines have been drafted worldwide during last decades, either globally organized by WIPO or ISO, or locally organized by national/regional offices or standard-setting organizations.

International standards developed by the ISO may help economic, societal and environmental issues, they are of prime importance and cover most areas of everyday life, both in the private sphere and in the business arena. Furthermore, since the ISO standards are not legally binding, they may be referred by country regulators or professional federations as an example of good practice. However, only few standards are being developed in term of IPRs Management.

It is noted that the World of Intellectual Property gather not only stakeholders of public sectors as mentioned above, but also stakeholders of private practices, such as companies, patent attorneys, lawyers and specialized service providers.

In an increasingly globalized and interconnected world, private stakeholders need also to standardize their system of innovation management and of sharing common practices to facilitate networking and cooperation, as well as adoption of innovations, notably in era of disruptive technology innovation often combined with emerging economic trends, which will unprecedented impact the whole industries worldwide, as well as the IPRs management everywhere.

A standardized IPRs Management requires standardized private activities, not only on obtaining IP rights via international and/or national roads, but also on upstream work, such as IP business intelligence, R&D strategies…; and downstream work, such as IP rights valuation and protection. With the rapid development and widely use of digital technologies, such as Artificial Intelligence, Cloud Computing, Big Data, Blockchain …, standardization of private practices in IPRs Management becomes more feasible than ever.

This research identifies the main tendencies of the standardization in IPRs management and principal stakeholders in standard setting processes. It then prospects possibilities of standardization on different stages of intellectual property rights Management, notably under impacts of evolutions in worldwide legislative harmonization and of moves in everywhere technical environment. Taken overall the research, it supposes that standardization is key to private stakeholders being able to manage the integrated activities of innovation, intellectual property law and application of emerging technologies, as well as to innovate the IPRs Management business models themselves.

This research project is cond

uct by MIPLM graduate BU Guangtao and supervised by Prof. Dr. Alexander Wurzer and Prof. Dr. Céline Meyrueis both CEIPI. Having received his bachelor degree of Engineering from Dalian Maritime University in 1996 and his first Master degree of Management from EM Strasbourg (former IAE) in 2001, he worked in China and in France for more than ten years in different industries (Transportation and logistics, Agricultural Equipment, Home Appliances, Shipbuilding …) and was experienced both technically, managerially and legally. Desired for working as legal practitioner notably in international development of business since the beginning of his career, he has reconverted in Intellectual property laws after succeeded in a long tuition Programs of Patents, Trademarks and designs at CEIPI in 2010 and worked at Plasseraud Law Firm at Paris until 2014. After trained on US patent law in a Virginia based law firm in USA, he joined Hirsch & Partners Law Firm the same year and became Partner in 2015. Parallel to his work at Paris since 2010 at IP Law Firms during which he qualified as European Patent Attorney and passed French and Chinese patent qualification Examinations, BU Guangtao pursued his studies in Laws and obtained successively a License degree in Private Law at University of Strasbourg, a Master I degree in Business Law at Panthéon Sorbonne Paris 1 University, and the Master of Intellectual Property Law and Management of the CEIPI in 2015.

Next Post Proof of success: Empirical study of the 360° IP strategy for the Thermomix and its digital ecosystem