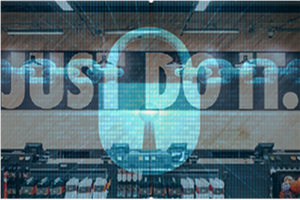 The U.S. multinational corporation that is engaged in design, manufacturing and marketing of sports footwear, apparel, equipment and accessories, Nike, patented ‘CryptoKicks’ to track counterfeits. The company got granting from the US Patent and Trademark Office on Tuesday 10th of Dec. 2019. With the CryptoKicks approach Nike uses blockchain technology to fight counterfeits. The trade in fake goods is estimated at 3.3% of all global commerce, according to a report by the Organization for Economic Cooperation and Development (OECD). Brands from U.S.-based companies were the most copied, while China was the biggest source of counterfeit goods, the OECD writes in the report “Trends in Trade in Counterfeit and Pirated Goods”.

At October 9th 2019 US Customs and Border Protection officers seized more than 14,000 pairs of fake Nike that, if genuine, would’ve been worth a total of more than $2 million. The shoes arrived from China at the Los Angeles/Long Beach Seaport in containers marked as “napkins”. What was inside weren’t napkins at all, but instead shoes meant to look like pairs of special-edition Nikes.

The patent US 10,505,726 B1 outlines a system where blockchain is used to attach cryptographically secured digital assets to a physical product. In case of Nike it is a sports shoe. The patent describes a platform which is used to track ownership and verify the authenticity of products like sneakers using the blockchain-based technology. When a customer buys a pair of the “CryptoKicks”, he’ll also receive a digital asset attached to a unique identifier of that shoes. As a result, there is digital scarcity of the digital assets, because their production is effectively tied to the production of real and original sneakers. When sneakers are sold to someone else, ownership can be transferred by trading both real shoe and/or associated digital assets. These digital assets can be stored in what’s being called a “Digital Locker,” a cryptocurrency wallet type app.

But there’s more. It seems someone at Nike has been playing CryptoKitties, as owners of “CryptoKicks” will be able to “intermingle or breed the digital shoe with another digital shoe to create ‘shoe offspring’ and have the offspring made as a new, tangible pair of shoes.” The original patent application was filed back in April so some of these details won’t come as a surprise to some. But with the patent now granted by the US Patent Office, perhaps we can expect to see “CryptoKicks” in the wild at some point in the future. Though there’s been no mention of a launch, yet.

Just a quick note on pendency. Nike’s patent was granted in just 196 days, 6.5 months, after filing. When the typical pendency for a patent to be granted by the USPTO can be anywhere between 2 and 4 years. Why the rush on this application? Reviewing 1,000 of its most recently granted patents, Nike has an average pendency of 37.5 months with the ‘CryptoKicks’ patent ranking fifth in the shoemakers quickest granted patents. Just a question of corporate strategy, the competitive environment and why some patents are fast tracked.