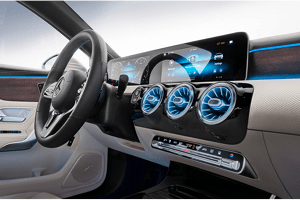 The start of the “Connected Cars” complex of proceedings at the Munich Regional Court began in June 2019. In detail, it concerns a patent for the reliability of the transmission of data and Daimler is accused of having installed this technology in a large number of models with communication modules, such as the A-Class, but in off-road vehicles like the G-Class and SUVs such as the GLA also in predominantly commercial vehicles such as the Sprinter. Nokia uses the argumentation of so-called standard-essential patents that all LTE and UMTS-capable mobile radio devices make use of the technology that is protected in the Nokia patent.

This is just one highlight of a whole series of lawsuits in which technology companies are facing lawsuits arising from digital patents in the telecommunications and software sectors. For example, in a similar case, Volkswagen reached an out-of-court settlement with a patent holder 12 months ago for a substantial sum of € 1 billion in damages.

According to Nokia, Daimler refuses to pay a license for the patented technology used by Daimler and has filed a lawsuit. Daimler has lodged a complaint with the EU Commission against this behavior by the Finns. According to the current Connected-Car-Innovation-Index, the automotive group is considered the most innovative player, ahead of Volkswagen and BMW. But many of the connectivity solutions are not developed in the automotive industry and therefore not patented there, but in other industries. This makes use a licensing issue for many thousands of patents.

In the future, nearly everything will be connected to the internet and each other. What’s the key to a more efficient, faster internet of things? It is the right communication standard for seamless connectivity and mobile technology. Qualcomm Technologies Senior Vice President Raj Talluri explains that in these video.

Particularly in communication, which essentially characterizes the Internet of Things, standards must be adhered to in order to achieve the interoperability required by the application and by the customer. Today, countless objects, from beer glasses to concrete formwork, are brought into the cloud and thus added value is achieved in new business models. More and more industries have to deal with the logic of telecommunications standards, software and digital patents. DIN also takes this development into account with its guidelines for standard-essential patents from June 2019, the DIN77006.

Raj Talluri is senior vice president and general manager, mobile BU of Micron Technology in Milpitas, CA, USA. From Feb. 2009 to March 2018 hea was senior vice president an general manager at Qualcomm. He holds 13 US patents and was chosen as one of the 100 Most Creative People in Business by Fast Company in 2014. He holds an Ph.D. in electrical engineering from The University of Texas at Austin and studied mechanical engineering and electronics at Anna University  and Andhra University (1980-1984).