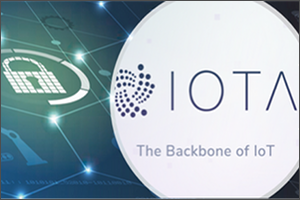 In the last year 77% of all patent applications for the IOTA protocol were published. IOTA is a reference software to enable secure communication and payment between two machines in the Internet of Things – IoT. If machines and communicating devices can order and pay for each other in the future, then infrastructures are necessary to process the payment transactions. Today, the patent landscape is being developed that is crucial for the business models of the IoT.

Anyone who thinks of cashless payments today imagines Amazon Go, i.e. a shop where there are no cash registers and where purchases are recorded via sensors and cameras and billed via the customer’s Amazon account. Smartphone apps such as Apple Pay and Google Pay are already ready for the market to make purchases by mobile phone contactlessly at the checkout. But IOTA is about buying machines from machines – the machine economy. IOTA is a cryptocurrency and, unlike blockchain, is designed to enable fast processing with the lowest possible transaction costs such as computing power. Behind IOTA is the IOTA Foundation, with extensive industry partnerships. IOTA’s decentralized protocol causes a flood of patent applications. Those involved know that the infrastructure of the machine economy is being distributed today. Especially German companies like Bosch, Siemens, RWE, Merck and Innogy take part in the races for the claims. A typical IOTA patent application can be found at Bosch in “Method and device for operating a digital payment system“. The following video explains IOTA in two minutes:

Patent rally for digital payment systems: Bosch and Siemens are part of the patent war about machines which buy and pay Score: 0 / 5 (0votes)
Share on Facebook Pin on Pinterest Tweet on Twitter Share on Google Plus Send via WhatsApp Send via E-Mail
Big Data
Read more
Previous Post Agile IP design at Hansgrohe: Digitizing a brand steeped in tradition with RainTunes

Next Post IP-Design Innathon for the digital disruption of WILO: MHP, Siemens and D.I.E. create the future with a digital pioneer