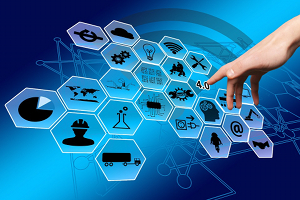 The European Patent Office (EPO) released its new study Patents and the Fourth Industrial Revolution: the inventions behind digital transformation in December 2017. Based on the patent data of EPO and the expertise of the examiners the study analyzed and summarized the 4th industry revolution (4IR) innovation trend, characteristics of the technology convergence, as well as the global geography of the inventions.

The USA, Japan and Europe maintain the leading position in 4IR patent applications but China and Korea are rapidly catching up. Among the top 150 4IR applicants at the EPO there are 56 European enterprises, however, only five originate from Europe in the list of top 25 applicants. Applicants from different regions show different characteristics. Asian companies among the top applicants are mainly large and traditional ICT-focused companies. The top US and European applicants consist of equal proportions of traditional ICT-focused champions and other various areas such as medical technologies, machinery, consumer electronics, transportation equipment, energy as well as aerospace.

The study classified the 4IR inventions into three main sectors, namely, core technologies, enabling technologies and application domains. These sectors are further subdivided into several technology fields. All of the three sectors witnessed constant growth during the observation period. The study also shows an increase of technology convergence across the technology sectors and fields.

Next Post IP-Management in Start-Ups a challenging task: Conference from I3PM at Technische Hochschule Ingolstadt