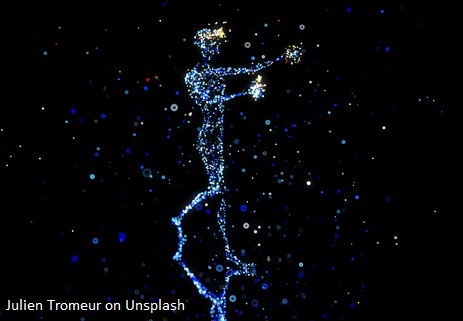 The Metaverse hast just begun to emerge. It iterates further by placing everyone inside an embodied or virtual 3D version of the internet and on a nearly unending basis. In other words, we will constantly be within the internet rather than have access to it.

„The Metaverse is a massively scaled and interoperable network of real-time rendered 3D virtual worlds which can be experienced synchronously and persistently by an effectively unlimited number of users with an individual sense of presence and with continuity of data, such as identity, history, entitlements, objects, communication and payments.“ (Matthew Ball: The Metavese Primer)

The Metaverse is not just virtual reality, it is merely a way to experience it, furthermore the Metaverse doesn’t mean video games, but one of them, Fortnite, that began as a game quickly evolved into a social place. Fortnite players are not only logged in to just „play“ but to be in their virtual and real-world friends. Fortnite is rapidly becoming a medium through which other brands, IP, and stores express themselves. Fortnite is one of the few places where the IP of Marvel Comics and DC Comics intersects, where someone can wear a Marvel character’s costume while interacting with those wearing legally licensed National Football League (NFL) uniforms. This hasn’t really happened before, but it will be critical to the Metaverse. Fortnite potential is demonstrated by its ability to persuade many supposed platform competitors into cooperation (or early „interoperability“) with one another. Today, Fortnite works  across each major entertainment platforms (iOS, Android, PlayStation, Nintendo, PC, Xbox) allowing full cross-play that spans multiple identity/account systems, payment methods, social graphs, and typically closed ecosystems. The Metaverse will significantly broaden the number of virtual experiences used in everyday life.

The full vision of the Metavese is decades away, it required extraordinary technical advancements and regulatory involvement too. It will require a revision of business policies and changes of consumer behavior. (Source: Matthew Ball: The Metavese Primer)

The Metavese would revolutionize not just the structure layer of the digital world, but also much of the physical one, as well as the services and platforms atop them, how they work and what they sell. The vision has started to feel very real. The Metaverse has become the newest macro-goal for  many of the world’s tech giants. It is for instance the driver force behind Facebook’s purchase of Oculus VR and its newly announced Horizon virtual world/meeting place. Facebook is investing billions of dollars in technologies that could make it a gatekeeper when augmented reality becomes the next big thing.

The Metaverse is like to produce enormous value. The vision is, that it could become the gateway to most digital experiences, a key component of all physical ones, and the next great labor platform. The realization of this vision requires infrastructure that still does not exist. To operate, the Metaverse requires something more than video conferencing and video games as understood today.

Not only is the private industry fully aware of the potential of the Metaverse. The major tech companies want to own and define it, like Microsoft as a primary driver in the virtualized future of labor and information processing. Facebook’s Metaverse-oriented assets are growing rapidly and include patents for semiconductors and brain-to-machine computing interfaces. Amazon, leader in in-home/office digital assistants, is building what could be the first major gaming/rendering engine designed for the cloud computing era, and is also reportedly working on Augmented Reality AR  glasses. Google is also making an aggressive move into digitizing the home via Google Assistant, the Metaverse is likely to become the only initiative that can unite all of Google’s investment to date, from edge computing on Stadia games, Google Street View, and its wearables and visual assistants. Apple operates the second largest computing platform and the largest store of the planet, it is investing heavily into AR devices, connective tissue, and wearables. Unity will have a foundational role, its engine is used by more than a half of mobile games for real-world rendering/simulation use cases (architectures, design, engineering), however, it is not yet clear what role Unity will have in driving the Metaverse, but its inevitable influence over standards, play time and content creation are so large that it could be acquired by, and integrated into a major technology player with a wider range of assets and advantages. Valve’s Steam is larger than Epic Games Store in terms of users, revenue and playtime. Valve owns several of the most popular long-running multiplayers game (Counter-Strike, Team Fortress, DotA). Valve has also spent years developing and releasing VR hardware. Finally, there are also a huge number of start-ups companies trying to build early, proto-Metaverse styled experiences. In fact, most of the FAAMG companies (Facebook, Amazon, Apple, Microsoft and Google) seem to believe that glasses will be a key gateway into the digital future and are collectively investing billions. With this in mind, Snapchat, which boost a large and heavily engaged social graphs, has strongly anchored itself around cameras, glasses, location-based experiences, and digital avatars. (Source: Matthew Ball: The Metavese Primer)

What is coming with the Metaverse is enormous, and IP related issues like territoriality, licensing, infractions, and unauthorized use of brand and trademarks will have an extensive reach in terms of intellectual property.

IP may be one of the most important assets in the Metaverse. The proponents of the Web 3.0 have the goals to create a collaborative space that comprises a seamless experience across the virtual world(s), these worlds come with  their own complex economy involving digital assets — both virtual and tangible — grounded heavily in decentralized finance.

The development of virtual world introduces a large number of issues relating  to cross-licensing, advertisement, copyrights, trademarks, royalties and patents. It may also be critical to establish clear IP licensing arrangements with Metaverse platform providers. On platforms that invite user-generate content, agreements should also clarify the steps the Metaverse provider will take to remove infringing content. Guaranteeing authenticity and protecting IP is where Non-fungible Tokens (NFT) can function as digital certificates that prove ownership online.

Impending regulations may soon reshape the virtual environment to address the expansion of deep fakes, avatar impersonation, stolen biometric data and digital wallet hacks. As long as data in an asset can be sold and/or traded, it will be a target of cybercriminal activity also in the Metaverse. User data is not the only asset that need to be protected, developers will also be responsible for protecting company trade secrets and pending patent applications that could be stolen. Tracking down patent infringement on a decentralized Web 3.0 may be difficult, further complicating patent enforcement efforts. (Source: Harness IP: Intellectual Property in the Metaverse and the Challenges of Regulating a Lawless Frontier)

Pioneers on the Metaverse are rushing to develop its building blocks and protect their intellectual property rights. Driven by the tremendous popularity of social networks and the advances in Virtual Reality (VR), leading tech companies began developing new revolutionary technology.  Although it may be years before that such features become mainstream, the opportunity to shape the future of the Metaverse at an early stage make investing in its development as highly lucrative activity. Many tech companies have begun to developing and patenting technology to power the Metaverse. Examples of such patented technologies are systems for optimizing shared views of visual objects to multiple wearers of VR headsets, algorithms for generating and moving virtual shapes and scenes in a VR environment based on hand gestures, head motion track, systems for generating haptic feedback of the user’s interaction with virtual objects in a virtual environment, and methods for generating 3D avatars which emulate user’s appearance and behavior. (Source: The National Law Review: Patenting the Metaverse)

The companies that own the most known IP and brands will have a major role in the Metaverse leading to the establishment of many new entertainment franchises and consumer-facing brands. (Matthew Ball: The Metavese Primer)

The large diffusion of intelligent machines along with the huge amount of data produced by  such machines places human beings in front of a new model of life, such as a complex human-computer interaction (HCI). This interaction creates a system of a higher level of cognition of its own, capable of storing and manipulating complex information in a way that a single human individual cannot carry out by himself. The human cognition is extended beyond the human brain and the separation between human and computer becomes increasingly thin. Due to the complexity of the new scenario of the Metaverse, the HCI is increasingly becoming important for researchers. (Source: ScienceDirect, Chapter 9: Cognitive Distributed Application Area Networks)

New immersive sensory technologies are the result of HCI research and practice. Brain-computer interfaces systems like Neurable’s VR game Awakening, uses electrodes in a headband to track brain activity, the software analyses the data to figure out what should be happening in a game. CTRL-Labs takes another approach to HCI using a simple electrode-studded wristband to read neural signals from the arm. In June 2019 CTRL-Labs acquired patents for Myo, a similar wearable created by North that enables control of robotics and PCs via gestures and motion. Haptics devices are a non-intrusive HCI system set around a suit material that uses an electro active polymer (EAP) to record electrical signals generated by player’s muscles to animate Avatars in VR. As new haptic and biometric sensory technologies become more refined, more sophisticated interfaces will begin to emerge. Low profile tactile, haptic, and thermal displays are already in development. The already available HaptX gloves enables users to feel the shape,  texture, and motion of virtual objects.  AR glasses like Nreal and MAD Gaze indicates a shift away from VR Head-mounted Displays HMDs to a viable consumer option for day-to-day applications. The further development of integration of hand-tracking and gesture recognition indicates another greatly anticipated move to interactivity that blends the real and virtual world. (Source: VR Scout: From Brain-Computer Interfaces to Digital Humans: How these technologies are bringing us closer to the Metaverse)

The US Trademark and Patent Office (USPTO) has experienced a significant rise in the number of trademark applications to protect goods and/or services in a virtual sphere. These primarily include applications related to non-fungible tokens (NFTs). Protectable IP assets in the Metaverse vary from copyrighted content to all manners of trademarks and brands. The Metaverse will offers new ways for various industries to increase scalability, including new business opportunities and new ways to promote products and services. Interoperability is an important feature for the development of the digital economy; consumers have the ability to move virtual items such as clothes or cars from one platform to another. In the virtual landscape an outfit could be purchased and worn by an avatar in more than one platform. Visualizing such new scenarios, brand owners must consider intellectual property strategies for leveraging business models and innovations.

Changes in intellectual property law are going to be inevitable due to the new virtual landscape. Enterprises should consider a proactive approach and update their trademark protection and IP contingency prevention plan. It is too early to determine how brand protection and enforcement will unfold in the Metaverse, but companies should anticipate the potential risks and consequently register their trademarks for use in a virtual marketplace. Business models and core products and services offered in the Metaverse will emphasize the interconnectivity of IP rights like never before.(Source: Holland&Knight: Intellectual Property Protection in the Metaverse)

How IP design works in the metaverse can be read here: IP Design is the ticket to the Metaverse’s business models. And can be learned at CEIPI: Certified University Course IP and Industry 4.0 – IP Business Academy

How can you protect your fashion brand in the metaverse?

How can real businesses shift into the metaverse and how can IP support that process?

How can you stake your claim with IP in the metaverse?