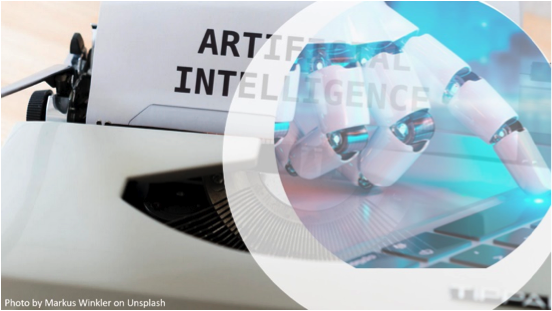 AI can paint, compose and translate, and its results are often indistinguishable from human works. The ability to create something new is associated with the human trait of creativity, and this is often considered to be a central ability of human nature. And undoubtedly it is the achievements in art, music and literature created by human intelligence that are accessible to copyright. But what about works created by artificial intelligence? Does AI-generated work have any copyright claims?

Recently, an article written by media and technology giant Tencent’s Dreamwriter AI software was deemed copyrighted by a Shenzen court. Tencent had filed a lawsuit against Shanghai Yingxun Technology Co, Ltd, a company that operates an online platform for credit information. Shanghai Yingxun Technology had copied an article created by the Dreamwriter software and published by Tencent without permission and posted it on its own website.

Dreamwriter, an automated system developed by Tencent, was introduced in September 2015. Based on data and algorithms, the newswriting robot can reportedly write and publish up to 2,000 financial or sports news stories daily. In November 2017, Dreamwriter took less than a second to send out manuscript coverage of a guest’s speech at that year’s Tencent Media Summit.

AI is one of the big buzzwords in the current technology debate. Research in this area has been going on for several decades. In general, AI is about programming a computer in such a way that it can process problems on its own. Conventional computer programs work through a fixed set of rules, or more precisely, a chain of precisely specified if-then links. The software developer must consider all contingencies and give the computer appropriate instructions when programming the software. AI, in contrast, is supposed to learn independently and also be able to deal with problems that the programmer had not thought of beforehand. In this way, AI is approaching human intelligence. For example, an AI has already been fed the complete works of the composer Johann Sebastian Bach and has composed pieces from them itself, which were already thought to be a real Bach. Here ist he „DeepBach“ composition:

What is created includes images, texts and music. In Germany, for example, copyright protection applies to all these categories of work if they are personal-human intellectual creations, Section 2 (2) UrhG. In most legal disputes over the protection of a text, a melody or a drawing, the dispute is whether the work is original enough and stands out from the “mere craft”, the “everyday”. Especially in plagiarism lawsuits, there is always a meticulous examination of whether text and music fragments, photo motifs or novel characters are protected from being taken over by others.

The AI-created works may seem clunky in parts. But what we can already hear, read and see there, a copyright lawyer would generally judge to be sufficiently original. There is another fundamental question of copyright law: Can an AI be a creator of works at all? One thing is clear: German (and continental European) copyright law does not recognize machines as creators of works. Only a human being can create works because works must be something personally created. Copyright law is traditionally strongly attached to the right of personality (droit d’auteur).

In addition, copyright and patent laws in the United Kingdom establish a different construction of authorship, since in computer-generated artistic works the authorship should be brought to the person “by whom the arrangements necessary for the creation of the work are made”. In Europe, the issue has also been controversial, as the European Copyright Society reportedly held a discussion in 2018 on the legality of algorithmically generated intellectual works. Most EU members have tied a human author in terms of copyright laws, when the notion of it is referred to originality, which is quite similar to U.S. law.